Working as a professional portrait and animal artist in the 1800s was not an unusual occurrence, unless you were a woman. Mrs. Susan C. Waters (1823-1900) was among the first female painters in the United States to be successful supporting both herself and her husband during her lifetime.

When her female contemporaries were masking their gender by purposely signing their works with initials instead of first names, Waters preferred to sign her paintings “Mrs. Susan C. Waters” or “Mrs. S.C. Waters” in a legible, cursive hand. Her early portraits were signed on the reverse, inscribed with the names of the sitters, and the date. When she reemerged as an animal, landscape, and still life painter, the artist signed her paintings on the front for the rest of her career, a trailblazer making her mark during the birth of the women’s suffrage movement.

Waters was born Susan Catherine Moore in Binghamton, New York, in 1823 and lived in the Quaker community of Friendsville, Pennsylvania. At the age of fifteen she attended the local female seminary school there. Notably, Susan showed early artistic talent earning tuition for both herself and her sister by painting copies for the Natural History Department. Little is known about her formal artistic training, although according to her obituary, printed in  the Bordentown Register on July 27, 1900, “she was considered a prodigy by her teachers” at the seminary.

In 1841 Susan married William Church Waters, also from the Friendsville Quaker community, and they remained together for 52 years until his death in 1893. Her husband encouraged Susan to become an itinerant portrait painter. She produced numerous folk art portraits between 1843 and 1846, traveling throughout northern Pennsylvania and Southern New York with her husband. Several of her portraits show an early facility for portraying animals.

The last known portrait during this early phase of Water’s career is dated 1846. Her husband William’s failing health began to impede their travels. With the rise of photography people were also beginning to turn away from commissioning portraits and towards sitting for photographs. Mr. and Mrs. Waters capitalized on this by becoming ambrotype and daguerreotype photographers for the next decade.

Susan also taught painting and drawing, but her focus returned to her own work. A revealing letter she wrote from Friendsville in 1851, to the Honorary Secretary of the American Art-Union in New York requesting a reference, provides a glimpse into the couple’s circumstances and her goals for her career. She noted:

Owing to my husband’s ill health I am prevented from following my usual occupation. (i.e. teaching painting) therefore I am obliged to seek some other way of turning my time to profit, in order to keep up with our expenses…by the sale of oil paintings.

Susan made no mention of her time as an itinerant painter but instead referred to two landscapes she had “sketched from nature” to submit to the Art-Union. There is no record of her works having been accepted, but landscapes that Waters painted and sold during this time set the stage for her artistic transition.

The Waters required additional income to complete a home they were building in the early 1850s in the Quaker community of Bordentown, New Jersey, although they did not settle there until over a decade later in 1866. It is here where Waters became known for her paintings of sheep, other domesticated and wild animals, and still lifes with the constant encouragement and support of her ailing husband. She kept her studio in Bordentown for the next thirty years. It is also here that she became active with the New Jersey Woman Suffrage Association, of which she was elected recording secretary in 1871.

In 1876 Waters continued to blaze new trails as an exhibitor at the prestigious International Exhibition held in Philadelphia that year in celebration of the 100th anniversary of the signing of the Declaration of Independence.  Her oil painting, Still Life – Mallard Ducks, is listed as no. 1075 in the catalogue with an asterisk next to the title indicating the painting was for sale.

Mrs. Susan B. Waters – artist, wife, and suffragette – died in 1900 at the age of 77 after a long and storied career. She continued to paint until a few months prior to her passing. “Her character was as beautiful as her paintings… her talent she could not bequeath,” noted her  July 27, 1900 obituary.  Waters left behind a body of work, a reputation, and a legacy that made her an icon ahead of her time as well as a noteworthy figure in women’s history and art history. 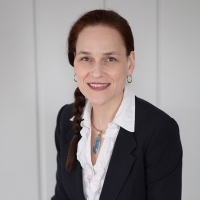