Are you hungry for a taste of the Scottish countryside? Lionel Edwards obliges in his 1929 work, Scottish Sketchbook. The compilation of many sporting (and sketching) trips to Scotland, the book is a lovely gem filled with impressions of Scottish country life in early 20th Century.

The sketches are as varied as the landscape of Scotland itself, and Edwards relates the collection to the variety and admixture of Scottish foods. There’s a lot to dig into in the book, which is full of small vignettes and memories.

“These sketches – for they do not aspire to be anything higher – have now been collected, and are served up in the mixed form of a hash. Perhaps, to continue in gastronomical terms, “Scotch Collops” would be a more appropriate title, since with one exception they have not been previously published, and therefore resemble the latter dish in being composed entirely of fresh meat.”
–– Lionel Edwards, Scottish Sketchbook, Introduction 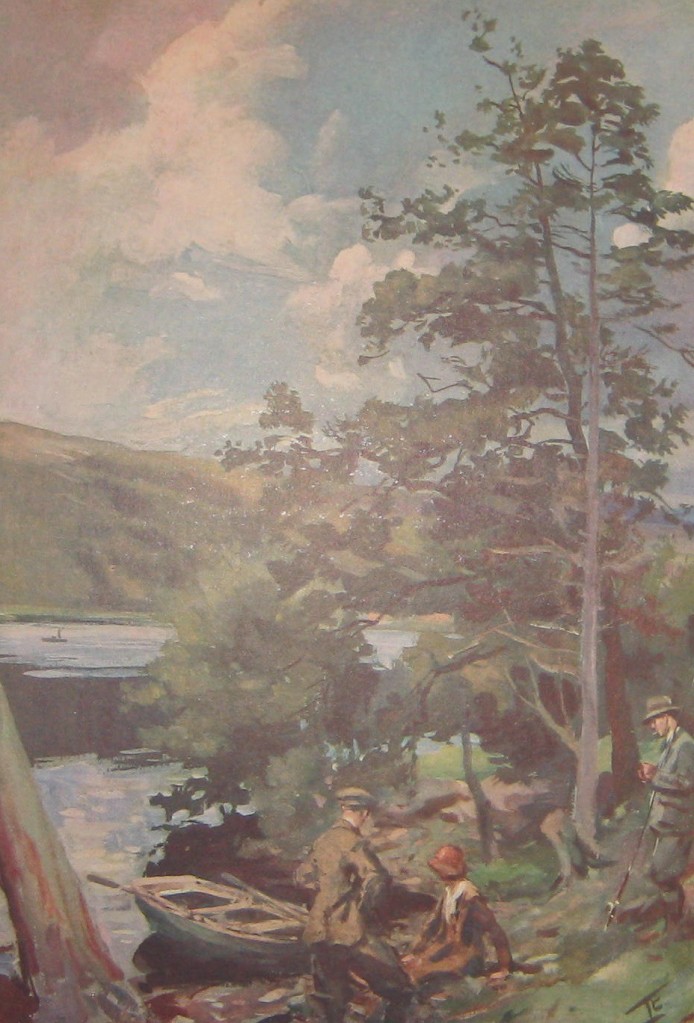 “I hope I can claim the negative virtue of being not worse than my neighbours, but, if one can gauge the minds of others by one’s own, one is bound to admit that the green-eyed monster at times mocks one’s best endeavours. Although I cannot claim to be a real fisherman, even I have noticed that usually all the luck goes to ‘the other boat’!”

Lionel Edwards (1878-1966) was a prolific sporting artist of the early 20th Century. Born in Wales, the fifth son of a doctor, Edwards learned to love the countryside and country sport at an early age. Much of his career was spent depicting country pursuits in their element, including foxhunting, fishing and shooting.

Hungry for more? This is one of over 100 books available to purchase through the NSLM Annual Auction. The Annual Auction, composed of duplicates from the Library collections, will continue until November 8. This year’s Auction includes some lovely sporting art and is perfect for holiday shopping; contact John Connolly, the George L. Ohrstrom, Jr. Librarian for more information.