Our Sunday Sketch program for 2015 is underway! We were lucky to have Judie Mijares of Providence Academy join us as our leading artist in Februrary. Thirteen artists came to the Museum to sketch and explore the art on exhibit.

The Nic Fiddian-Green sculpture Still Water was a popular work to sketch! Artists enjoyed viewing and sketching the sculpture from different distances and angles. With artists all around the room, everyone saw and sketched a different view of the same sculpture. Artists also sketched from our loan exhibition of art by Edward Troye.

Our next Sunday Sketch is March 1st. Mary Jennings will be our leading artist. Join us for an afternoon of sketching! The session is title “Horses in Motion” and will be focused on the intricacies of drawing movement. Open to all ages and experience levels. Pre-registration is requested.

Last week we took a closer look at some of the amazing art that is on loan to the Museum exhibition, Faithfulness to Nature: Paintings by Edward Troye. This week we will explore the Library archive exhibition currently in the Forrest E. Mars, Sr. Exhibit Hall, Edward Troye and His Biographers: The Archives of Harry Worcester Smith and Alexander Mackay-Smith. On view through March 29, 2015, most of the materials in this exhibit are from the NSLM’s permanent collections.

Author and John H. Daniels Fellow Martha Wolfe spent several months elbow-deep in boxes, pulling file after file from the Harry Worcester Smith and Alexander Mackay-Smith archives to research and write an essay for the extensive Coming Home Series: Edward Troye (1808-1874) catalog. Wolfe wrote, “Here in the National Sporting Library & Museum archives, in boxes stacked nearly to the ceiling, is the story of three men whose lives spanned two centuries, whose interests overlapped and whose souls were kindred: artist Edward Troye (1808-1874); the indomitable sportsman Harry Worcester Smith (1864-1945); and scholar, chronicler and author Alexander Mackay-Smith (1903-1998).” Some of the treasures that Martha unearthed include: a photographic print of Edward Troye taken by W.R. Phipps, Lexington Kentucky, which the artist presented to his long-time friend and patron Alexander Keene Richards in 1872;…

…the artist’s calling card. Two versions are known – this and another which reads “Edward Troye, Animal Painter.”;

…a negative print copy of pages from Troye’s obituary written in the flowing hand of A. Keene Richards on July 24, 1874. It begins, “Edward Troye the imminent Animal Painter died this morning of Pneumonia hastened by Heart disease…”;

…and an envelope written on by Harry Worcester Smith, the sporting scholar who spent over three decades tracking down and championing Edward Troye’s artwork. Worcester Smith had intended to write a book on the artist, but he never published one. “Who will finish or continue my accumulation of Thought Feeling and Art?” Worcester-Smith asked.

During her research, Wolfe unearthed a letter that pointed to Alexander Mackay-Smith as the answer to this profound question. Carvel Collins, who in 1949 produced a portfolio of reproductions of Troye’s 19th century American racehorse engravings, wrote this endorsement to Alexander Mackay-Smith, ““Mr. Harry Worcester Smith on the day before he died gave me his compliments on your interest and skill in historical research and in sport.”

Taking up the baton, Alexander Mackay-Smith became a noted scholar and a founder of the National Sporting Library in 1954. Almost three decades later, he spent three years researching Worcester Smith’s archive held at the NSL to complete the definitive biography and chronology, The Race Horses of America 1832 – 1872: Portraits and Other Paintings by Edward Troye, published by the National Museum of Racing and Hall of Fame in 1981.

Troye, Worcester Smith, and Mackay-Smith shared a passion for sport and art that lives and breathes in the Library and Museum’s Coming Home Series: Edward Troye (1808-1874) exhibitions. We invite you to be inspired as well.

P.S. Annie Johnson, the Editor of Antebellum Turf Times, came out to explore these two exhibitions in-depth in October and wrote an article incorporating her research on Edward Troye and Thoroughbred racing which has just been published in American Racehorse magazine. Read article

The two Coming Home Series exhibitions focusing on the artist Edward Troye (American, 1808-1874), Faithfulness to Nature: Paintings by Edward Troye in the Museum and Edward Troye and His Biographers: The Archives of Harry Worcester Smith and Alexander Mackay-Smith in the Library, close on March 29, 2015. During the nineteenth century when many British animal and sporting artists enjoyed popularity in the United Kingdom, there was no one other than Troye working in the United States to rise to his caliber as an American Thoroughbred portraitist in his lifetime. Despite this, his body of work was all but forgotten by the turn of the twentieth century. The exhibitions and catalog essays cover the weighty topic of Troye’s momentous, forty-year career, the rediscovery of his paintings, and his role as a naturalist painter. If you are even mildly curious, you should visit both of these in-depth exhibits.

Today we will be taking a closer look at the Museum exhibition,  Faithfulness to Nature: Paintings by Edward Troye. Forty-two works have been gathered from sixteen private and public collections that will never be organized in the same way again. Divided into three sections, the first gallery reminds the visitor of the huge impact Troye had on the racing world within the first few years of his arrival in the United States. Eleven of the fourteen works in this room were created between 1832 and 1834. In these years, Troye painted such legendary racehorses and brood mares as American Eclipse, Henry, John Singleton, and Mary Randolph.

Still in his possession when he died in 1874, Trifle, 1832, is among the first paintings that Troye completed in the United States. An early experiment with the jockey up, he did not often paint figures astride after this. The painting is also one of three compositions in the exhibition that documents the practice of keeping slaves as jockeys and trainers by Southern plantation owners before the Civil War.

The second-floor gallery offers a sweeping view of some of Troye’s most significant works created between 1839 and 1872. The 84-inch tall, A Bazaar in Damascus, 1856, is a highlight of the room. It is easy to get lost in the rich colors, vibrant details, and individual animal and figurative portraits  in the highly-detailed composition.

The painting from Troye’s epic excursion to the Middle East has not been on view at eye-level under museum lighting in over a decade. When it returns to its home along with Syrian Ploughman, 1856, another mural-sized work on loan from Bethany College, they will both be rehung twenty feet in the air in the gigantic Academic Parlour of the campus’s Old Main building. (Read Bethany College’s post about the exhibition opening and loans at http://www.bethanywv.edu/about-bethany/news/2014-15-news-archive/bethany-paintings-edward-troye-showcased-middleburg-va-museu/.)

Faithfulness to Nature: Paintings by Edward Troye also features Waverly, 1872, the last known painting completed by Troye two years before he died. The landscape in it is much more fully defined than his  previous works. To one side of Waverly, standing in deep shadow, is a group of horses; these are likely brood mares with two of the stallion’s progeny frolicking. To the right are a stable and tree balancing the composition.

Biographer Alexander Mackay-Smith wrote of the painting in The Race Horses of America 1832 to 1872: Portraits and Other Paintings by Edward Troye, published in 1981, “It was characteristic of the artist that only after the completion of a masterpiece was he content to put down his palette and brushes and to end his career as an artist.”

The hallway gallery punctuates the exhibition with examples of Troye’s sketches. A large painting of the winning Thoroughbred Boston (one of nine paintings generously loaned by The Jockey Club) is paired with the life study of the horse upon which it is based. There are only a handful of sketches known to still be in existence by Troye. The NSLM holds five in its permanent collection, of which Boston, 1839, is one, and the sensitive, informal charcoal study illustrated below of the aging blind Lexington, c. 1870, is another.

No picture can capture the true essence of these works. Several paintings and prints from the NSLM’s permanent collection are also on view in the Library exhibition, Edward Troye and His Biographers: The Archives of Harry Worcester Smith and Alexander Mackay-Smith. We will take a closer look at this installation in the Coming Home Series: Part 2 blog entry next week.

When these exhibitions close on March 29th, the delicate works on paper and archives will rest out of the light for a time to preserve them, and most of the paintings will leave the NSLM. Come out and visit us before the exhibits end. It will be worth your while to see them in person.

In addition to the many trophies that are part of the permanent collection here at the NSLM, our institution also houses several long-term loans from hunts, shows and racing associations. Perpetual trophies that are awarded once a year spend the rest of their time living here. They are on display in our Library so that our visitors, event fans and even past winners can come see them. The Baltimore Museum of Art does something similar – the Woodlawn Vase, awarded to the winner of the Preakness in May, is displayed in their galleries during the rest of the year.

Many of our loan trophies are silver and some are bronze or painted bronze sculptures, like this one.

This charming trophy is for the David L. “Zeke” Ferguson Memorial Stakes race. The owners, John, Jr. and Leah Ferguson, recently took some time to tell me more about the trophy and its namesake. The award is in honor of Zeke Ferguson (1922 – 1994),  a prominent Virginia horseman who fox hunted, played polo and owned both hurdle and timber steeplechase horses. (Hurdle means brush fences and timber means wooden post-and-rail fences.) Zeke’s most accomplished horse was a grey named Leeds Don, who won the Virginia Gold Cup three times in a row (1965 – 1967)! The National Steeplechase Association instituted the memorial stakes race to commemorate Zeke’s many contributions to the sport of steeplechasing and the race was first run in 1998 at Colonial Downs in Richmond. This past year it was relocated to the International Gold Cup at Great Meadow. The 2014 winner was Able Deputy, owned by Irvin Naylor, trained by Cyril Murphy and ridden by Ross Geraghty.

The bronze sculpture is by Eve Prime Fout (1929 – 2007), who was an accomplished Virginia horsewoman – on the hunt field and on the track – and was also a painter and sculptor. The Ferguson family commissioned her to create the trophy in 2007.  The horse is a grey like Leeds Don and the jockey’s silks are the garnet and grey colors of Ferguson.

The NSLM collections include a few other works by Eve. Our favorite fox on the wall in front of the Library building is also by her. And several Orange County Hunt trophies feature her bronze sculptures.

The start of the 2015 steeplechase season is right around the corner. Check out the National Steeplechase Association to find out about upcoming races in Virginia and elsewhere. 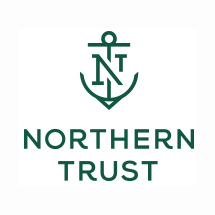 “Drawing Covert,” refers to the practice in foxhunting of putting hounds in a covert (pronounced like “cover”), a thicket or wooded brush area, to find the fox. This blog is about the exhibitions, tours, research, programs, and events, at NSLM on its unique collection of books, archives, paintings, sculpture and much more.